Dr Siobhan is travelling to Sydney for some Rectus Diastasis Research Days on the 4th, 5th, and 6th of November. She will be available to measure women's tummy-muscles using ultrasound.

To book an appointment, please follow the link below: 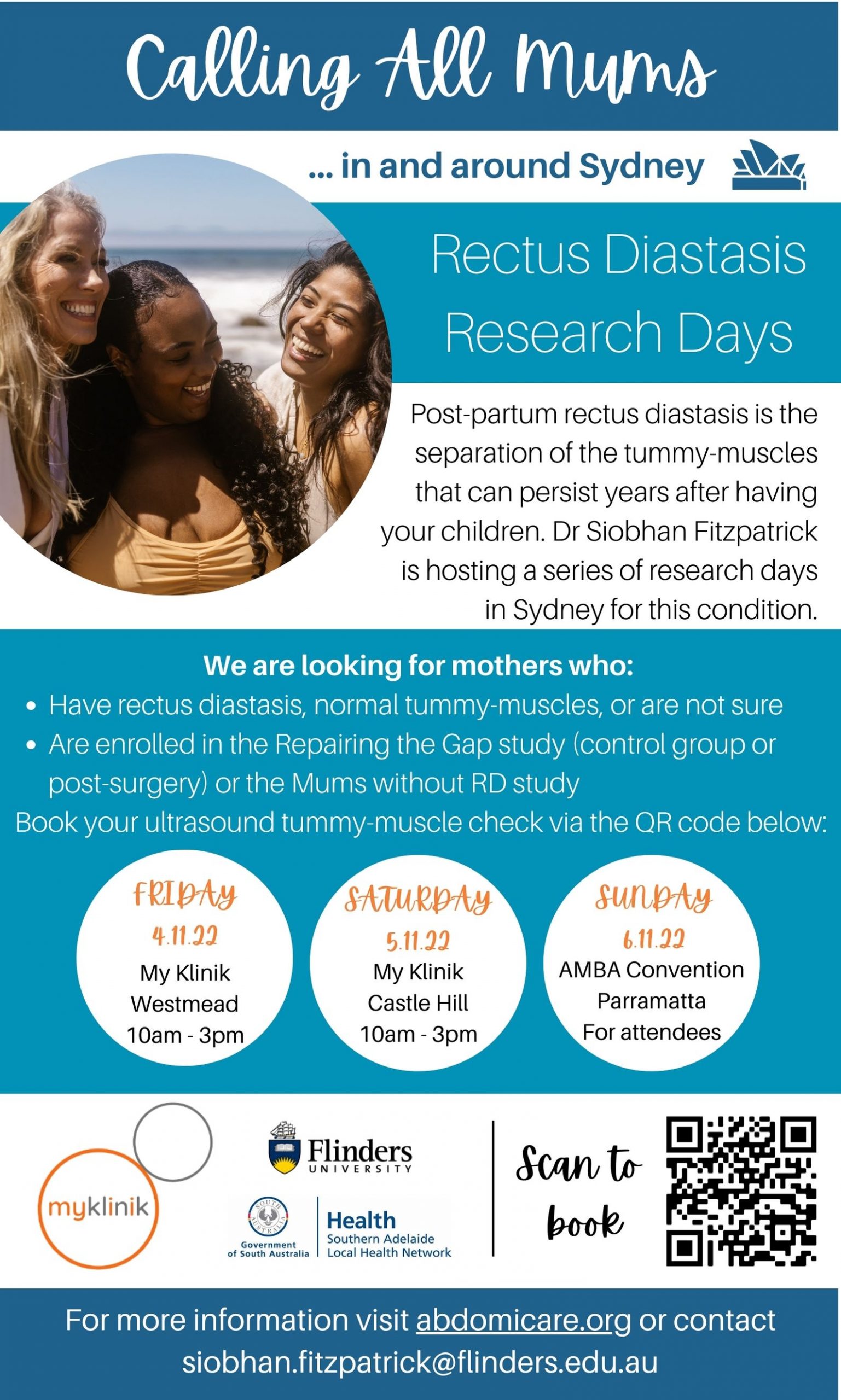 The competition supports their capacity to effectively explain their research in three minutes, in a language appropriate to a non-specialist audience.

This year, representatives from 57 universities from across Australia, New Zealand, Japan, Hong Kong, Malaysia and Singapore will compete for the title of the 2022 Virtual Asia-Pacific 3MT Winner.

Dr Siobhan has successfully made it to the Asia-Pacific Semi-finals of this competition after winning Flinders University finals. To view her presentation, please follow the link below:

To vote for the People's Choice award, please follow the link below:

To watch the whole Showcase, please follow the link below:

Dr Siobhan attended the Plastic Surgery Congress (PSC) 2022 on the Gold Coast in June. She presented the first study of her PhD research on post-partum rectus diastasis - the Interview Study. The presentation was well received and the audio clips of real women who were interviewed left a lasting impact on the audience members.

Dr Siobhan's PhD supervisor, Associate Professor Nicola Dean was also inducted as the first female President of the Australian Society of Plastic Surgeons. A. Prof Dean is an incredible advocate for women living with post-partum rectus diastasis, having led the MSAC application that resulted in the Medicare item number for abdominoplasty being reinstated, and driving this PhD that will form the definitive evidence for it.

The results of the Interview Study were presented at the Plastic Surgery Congress 2022 on the Gold Coast, Australia in June. Follow the link to watch a recording of the presentation. 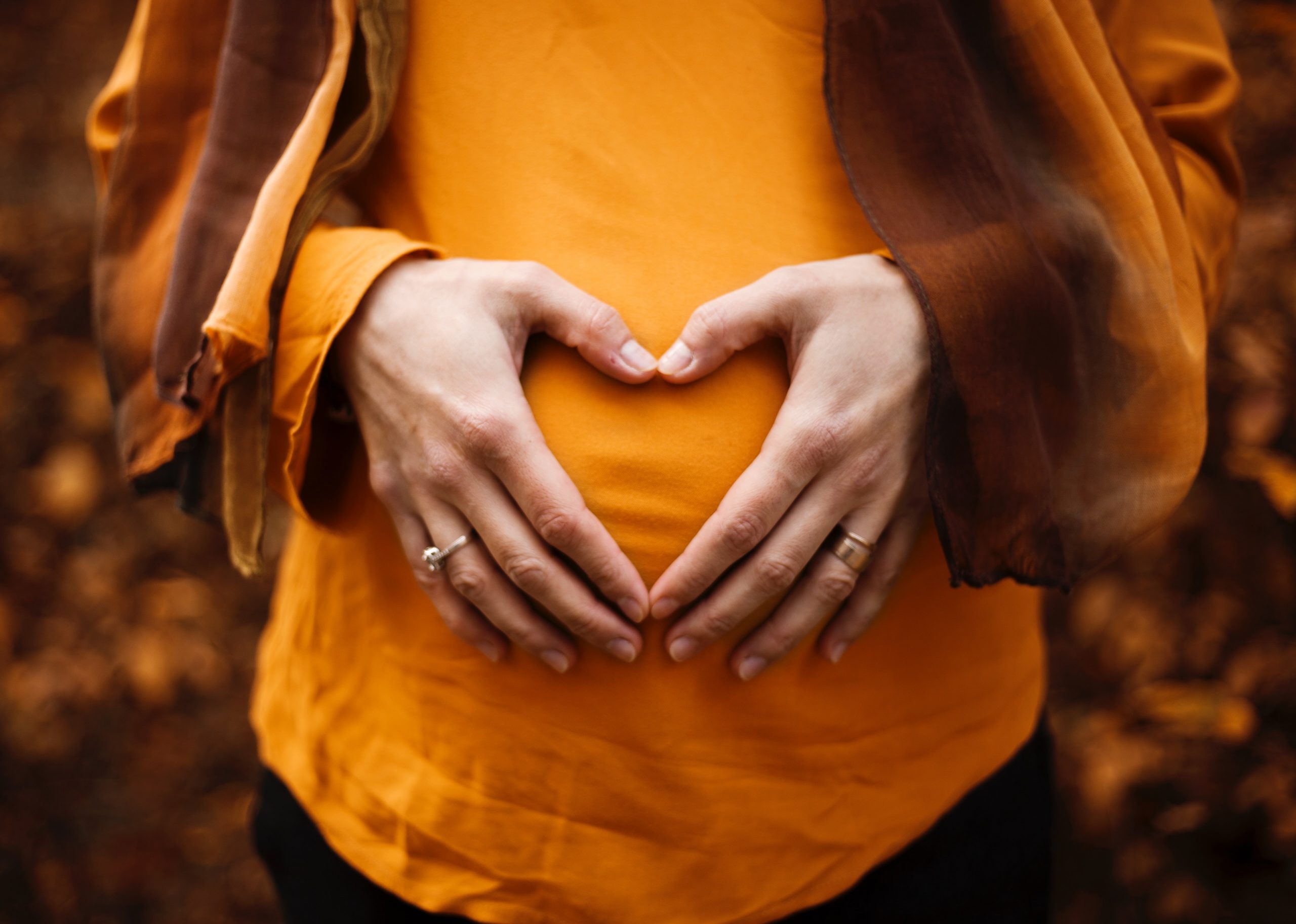 Dr Siobhan attended the RACS ASC in Brisbane 2022. She presented her research on the safety of omitting radiotherapy in the treatment of surgically excised DCIS (breast cancer) and submitted a poster-presentation on "The History of Abdominoplasty". Dr Siobhan was able to reconnect with surgical colleagues in person for the first time since pre-COVID, and was able to network with senior surgeons and mentor medical students interested in surgery. The Women in Surgery breakfast was a particular highlight. To view her poster presentation please click here:

Rectus diastasis or abdominal separation can sometimes occur after pregnancy. There are many different ways to measure rectus diastasis (RD), or the distance between the rectus muscles.

Some doctors and physiotherapists may use the finger palpation method, callipers, ultrasound or CT imaging – or a combination of these.

There is no official guideline to measuring RD, nor is there a specific cut off value. Unfortunately, these methods are not equal when it comes to accuracy. When you think about it – one person’s fingers are probably not going to be equal to another person’s fingers, especially when comparing male and female practitioners!

If the practitioner is just trying to say that there is a muscle separation, then fingers would be fine, but if we need a more accurate measurement… ultrasound holds the lead as the gold standard for accuracy and reproducibility(1). 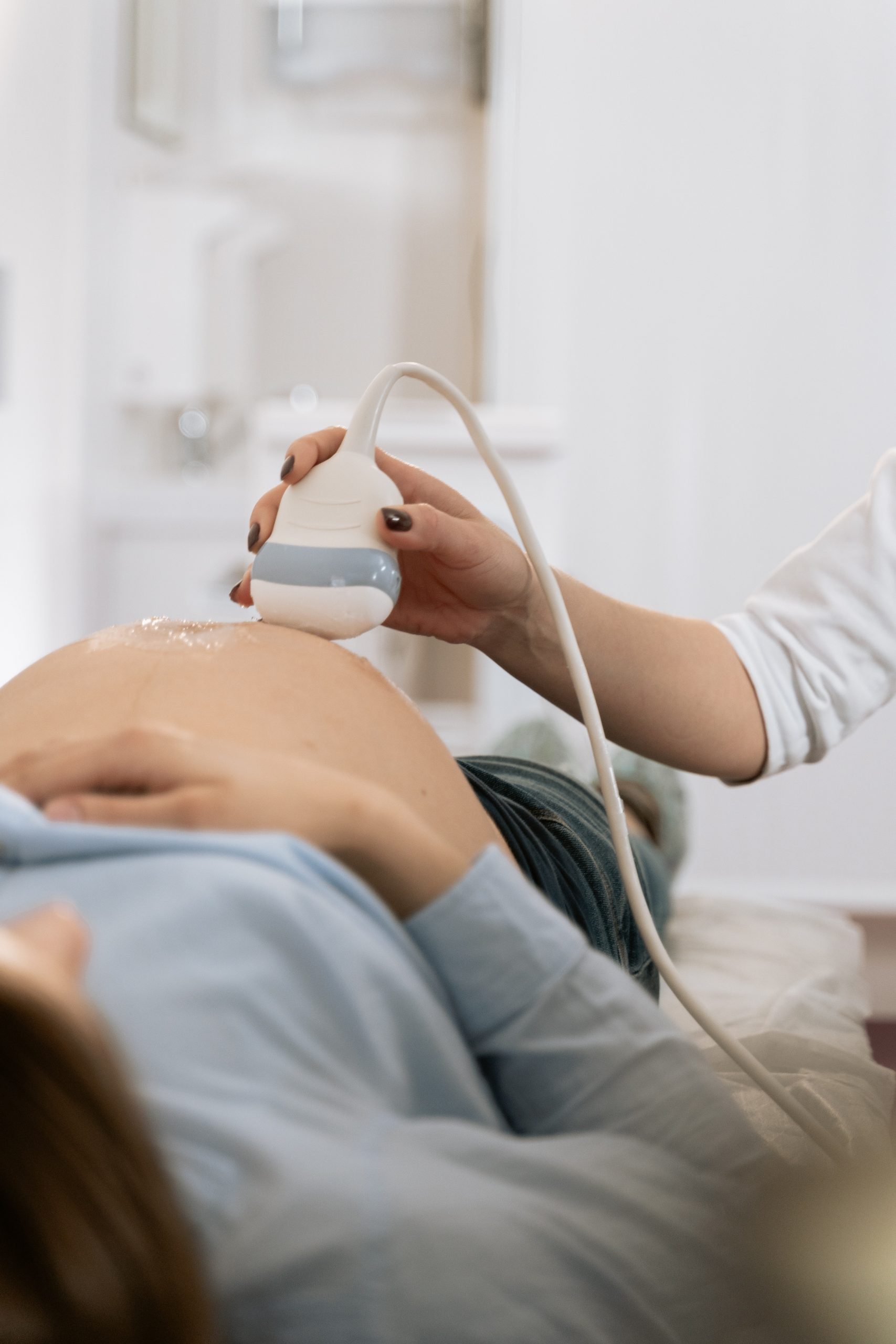 Which suture should be used for rectus diastasis repair?

Nylon (permanent) and PDS (absorbable) are two commonly used sutures for plication. Nahas and colleagues investigated the effectiveness of Nylon vs PDS for rectus plication in a prospective, randomized trial of 20 women and found each performed equally with zero cases of recurrence(1). They also assessed the long-term effectiveness of Nylon(2) and PDS(3) in two groups of 12 women and reported zero cases of recurrence over the follow up period of over 6 years and 3 years, respectively.

Gama and colleagues investigated single vs double layer plication in a prospective, randomized trial and found both groups had zero cases of recurrence at 6 months(4). They also reported that doing a double layer plication took on average 20 minutes longer, however, in a recent systematic review, ElHawary found that single-layer suture closure was associated with a significantly higher complication rate than double-layer plication in open rectus diastasis repairs (p = 0.002)(5). 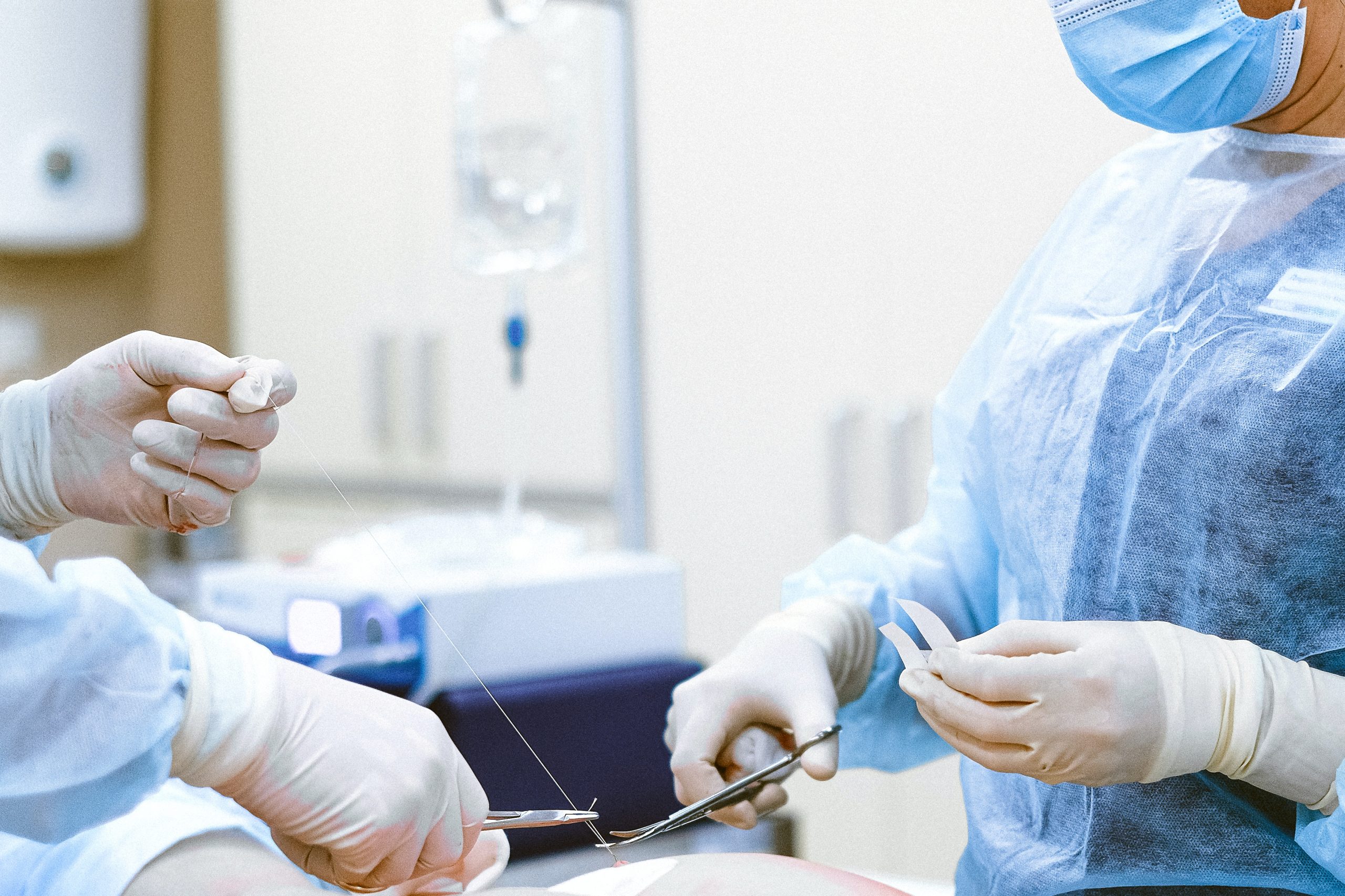 Although continuous sutures have been shown to be faster to perform(4), Ferreira and colleagues modified the interrupted suture technique to shorten the length of the linea alba whilst correcting the diastasis(6). Most double layer plication techniques involve a combination of interrupted sutures followed by a continuous running suture.

The benefits of barbed sutures are that they avoid the need for knots. Rosen performed a retrospective chart review of barbed vs smooth PDS in 34 patients and reported zero cases of recurrence on palpation at 12 months(7). Emanuelsson’s randomized controlled trial has also reported excellent results with barbed sutures(8), however, a higher recurrence rate was demonstrated by Gama(4).

Interestingly, Ishida and colleagues performed a cadaveric study that looked at the tensile strength of vertical vs horizontal sutures in the rectus fascia(9). They literally pulled on the stitches until they broke! Turns out vertical placement of sutures is significantly stronger (probably due to the transverse alignment of the fibres).

This one is controversial, and it depends if the surgeon is plastic surgery or general surgery trained. There are also multiple types of mesh and various techniques for placement (even down to different anatomical layers). The European Hernia Society and Americas Hernia Society’s joint guidelines recommend the use of mesh when a hernia is present along with rectus diastasis(10), however the findings of the randomized controlled trial by Emanuelsson and colleagues, showed equal performance between mesh and suture repair for rectus diastasis on early results(8) and long-term follow up(11). 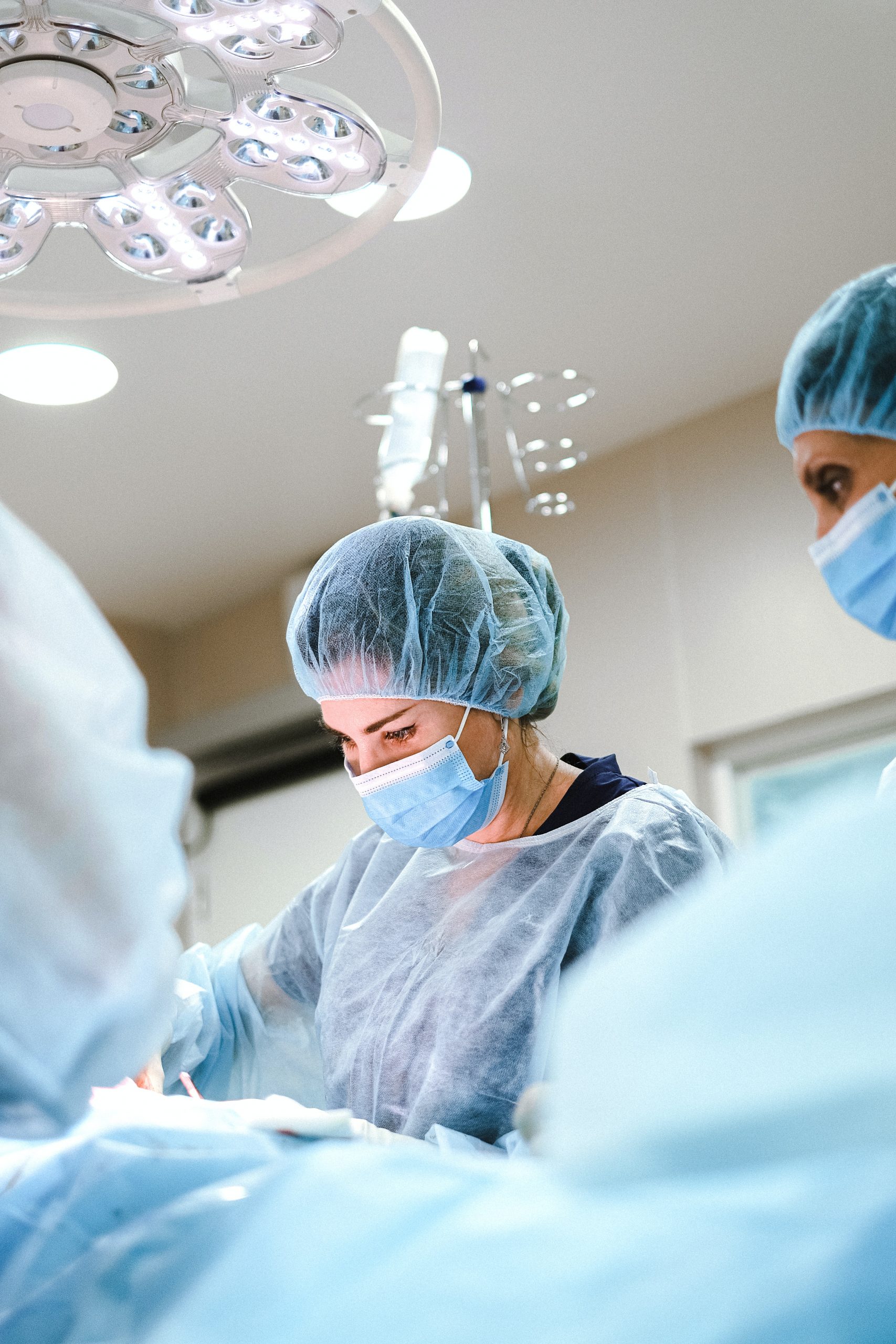 Is it worth sweating it out in the gym? 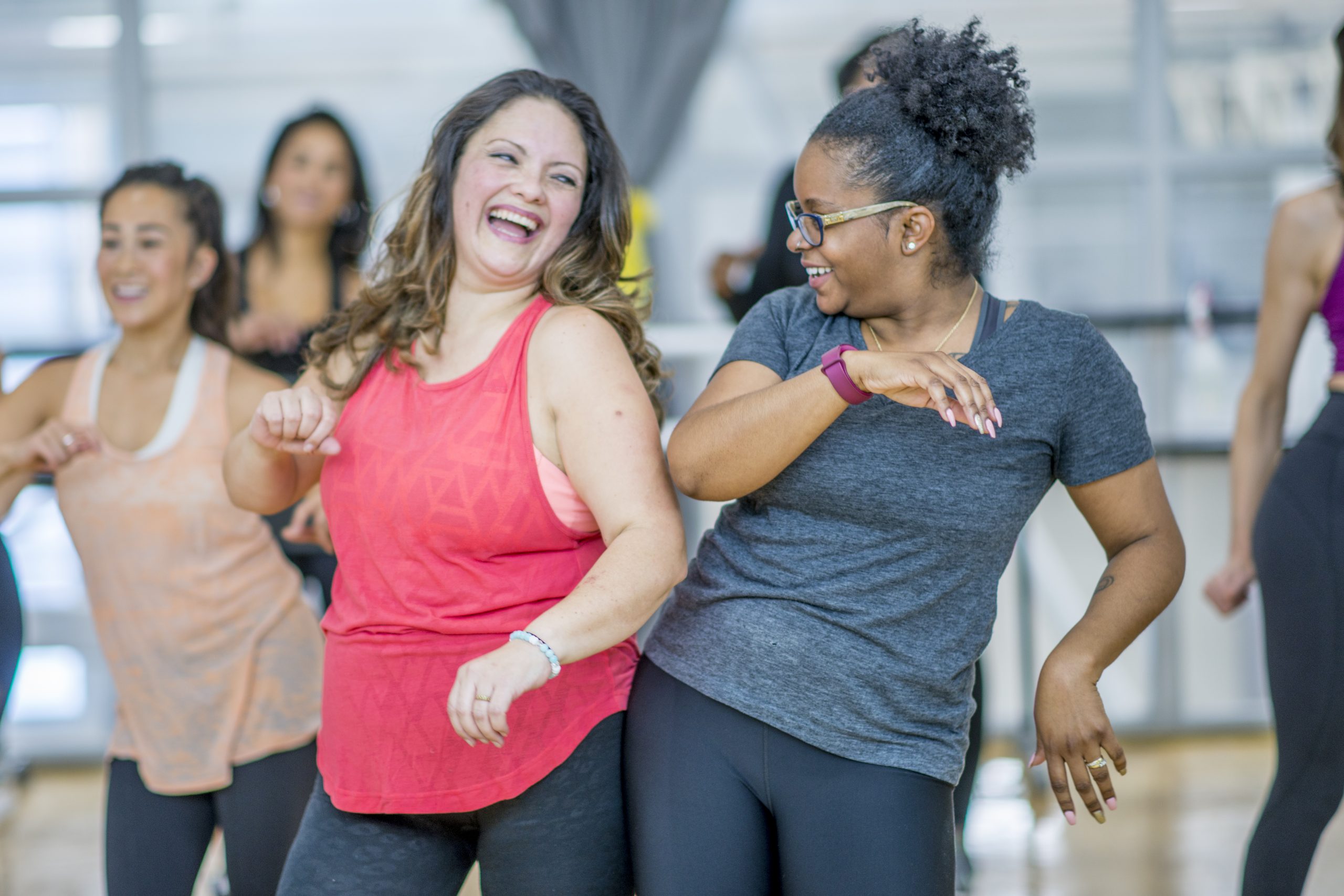 If you have any questions about the articles featured on this page. Please contact one of our researchers at: